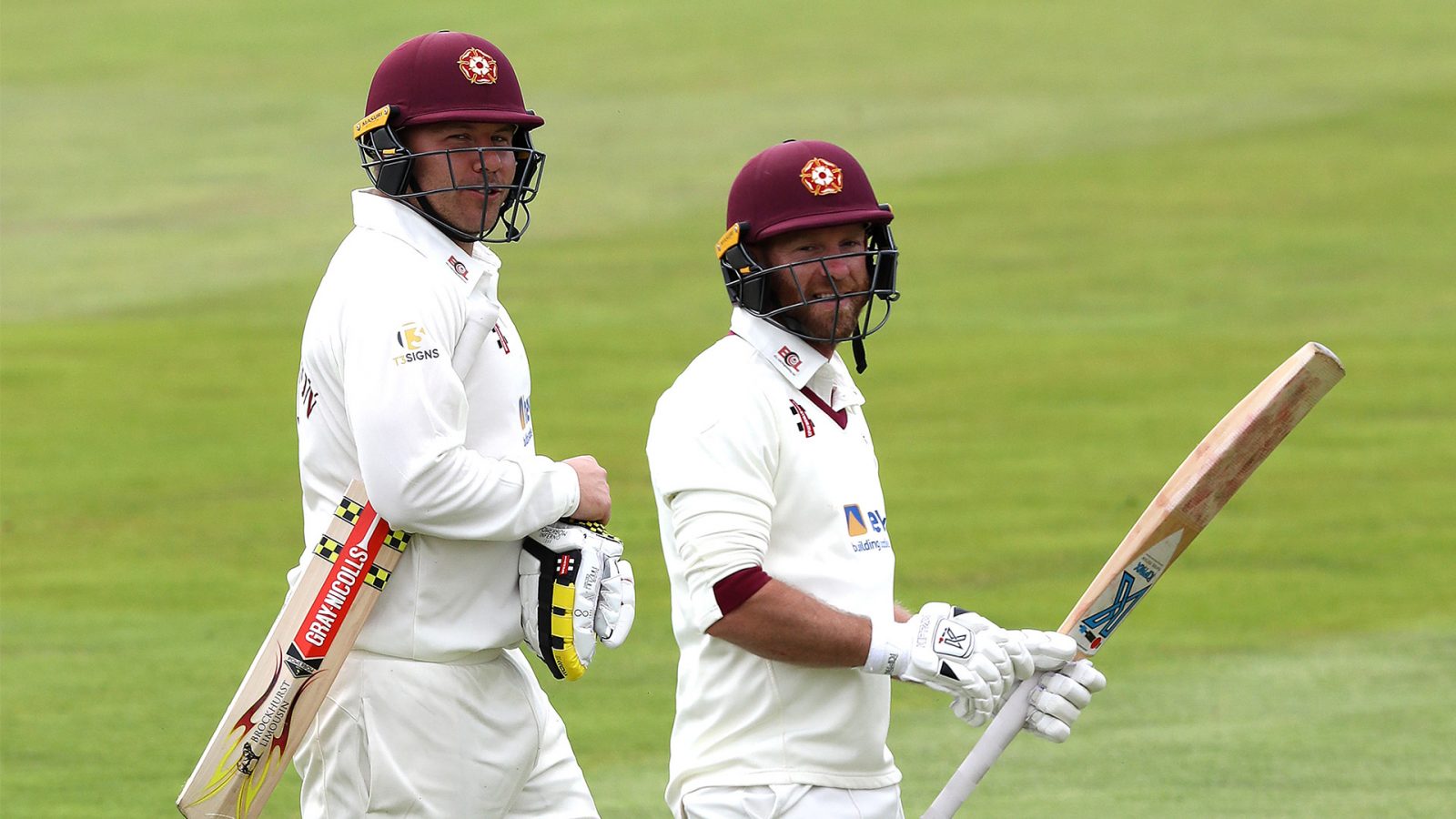 Centuries for Rossington and Procter As They Secure Draw

Northamptonshire secured a Bob Willis Trophy draw that felt like a win after seventh-wicket pair Adam Rossington and Luke Procter batted through the final day to crush the life out of Warwickshire’s victory bid at Edgbaston.

Northamptonshire seemed to be hurling to defeat when, just after lunch on the third day, trailing by 227 on first innings, they hit 148 for five in their second.

But from that point onwards they showed enormous resilience and resolve to bat their way to safety on a flattening pitch.

The great escape was led by Rossington who dug in to deliver the archetypal captain’s innings – 135 from 399 balls with 17 fours. After adding 159 with Charlie Thurston on the third day, on the fourth, the skipper added an unbroken 200 in 83 overs with Procter (112 not out, 234 balls, 19 fours) to steer his side to 507 for six, their record total against Warwickshire.

The superb rearguard action left a young Northamptonshire side proud and delighted, but there were the opposite feelings in the home dressing-room. After completely dominating the first two days, Warwickshire let victory slip through their fingers, literally with several dropped catches, while the bowling attack failed to deal with the loss of spearhead Olly Stone.

The absence of Stone, who was off the field having a side injury assessed, was a big blow but did not excuse the lack of potency and control from too many others members of the attack.

Northamptonshire still had plenty to do to get safe in the match when they resumed on the final morning on 317 for six but Procter set down an immediate marker for the day with successive fours off Tim Bresnan.

On a pitch which offered the seamers less and less assistance as the match lengthened, very few balls did not locate the middle of the bat. Rossington reached his seventh first-class century from 227 balls with his 14th four, punched straight off Ryan Sidebottom before, in the next over, Procter posted his 50 from 91 balls with eight fours.

The pair added 98 in the morning, then in the afternoon Rossington dropped anchor deeper than ever. The captain scored just 15 runs in the session, settling for largely strokeless resistance and challenging the home side to find the potency to dislodge him, which they failed to do.

Procter completed his fourth first-class century (202 balls) with his 17th boundary, cut off Rob Yates, in the first over after tea. That Yates, having never before purveyed his off-spin in first-class cricket, was into his 14th over said everything about Warwickshire’s bowling performance. They will hope to welcome Liam Norwell and Henry Brookes back into the attack for the match away to Gloucestershire starting next Saturday.