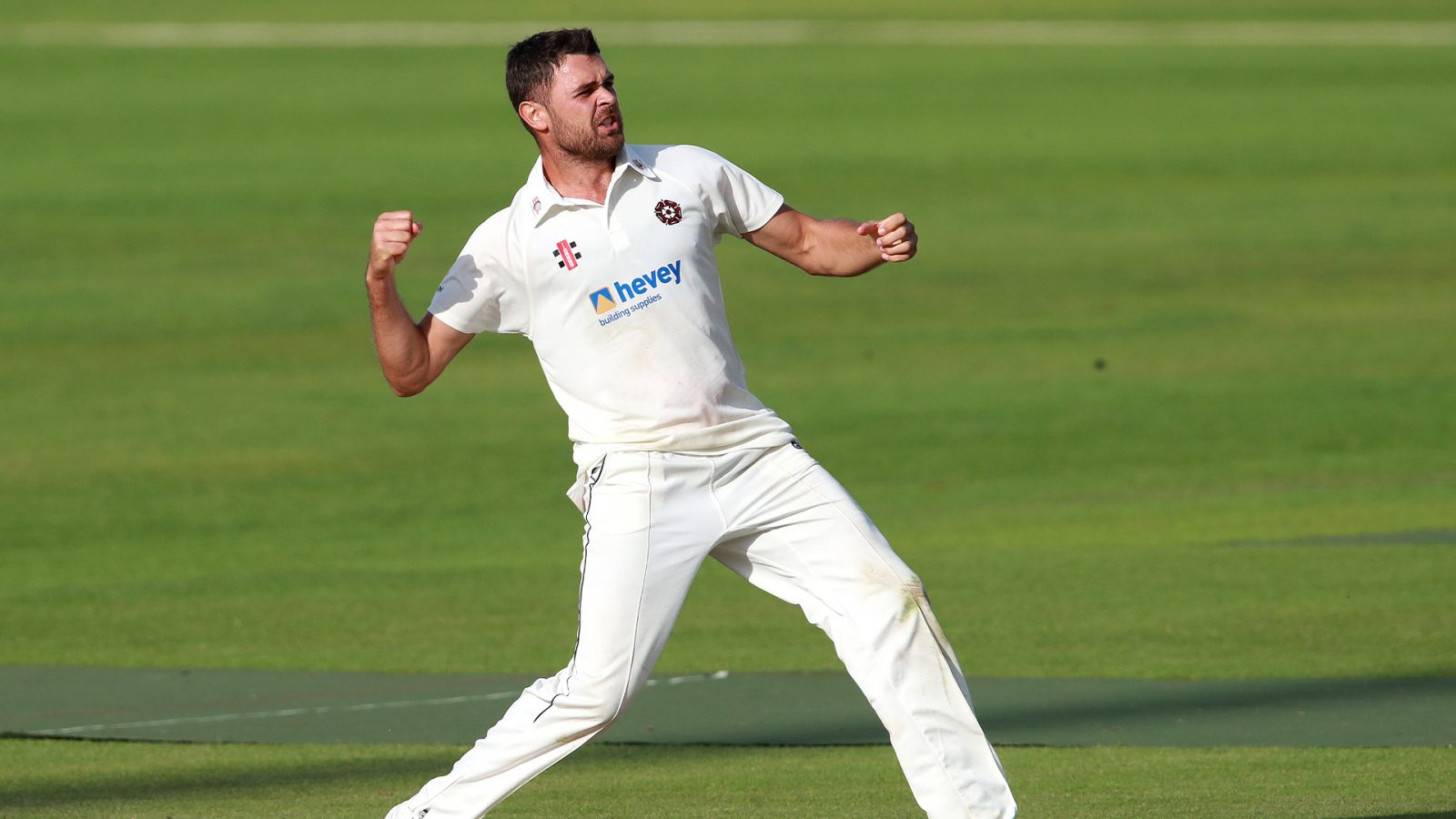 Buck Steps Up with Bat and Ball

Lower order runs for Nathan Buck and Gareth Berg, followed by a flurry of wickets in the evening session left the game in the balance heading into Day 4, Worcestershire leading Northamptonshire by 184 with 4 wickets in hand.

Northamptonshire hoped to give their inexperienced players opportunities in this truncated season but their batsmen have had little opportunity in testing conditions so far at home. Perhaps day four will be their chance and they might be able to deliver victory if the Worcestershire lower order can be removed swiftly in the morning.

But with Tom Fell’s smart innings, Worcestershire, who only claimed a first-innings lead of seven, already have a score to bowl at.

Fell escaped an early edged drive and survived a run out chance thanks to Blessing Muzarabani’s poor throw but he settled well, played the most-pleasant of extra-cover drives off Jack White, and shared a second-wicket stand of 67 with Daryl Mitchell, who made 39, that occupied most of the afternoon session as proper technique and patience finally began to be rewarded.

After tea, Jack Haynes became a second ally and Fell worked a single off Saif Zaib’s left-arm spin to go to past fifty for the 22nd time in his 82-match career in 103 balls. By the close he’d reached 80 for just the fourth time in five years.

He and Haynes added 59 in 17 overs and at 144 ahead with eight wickets in hand, Worcestershire held the whip hand. But Northamptonshire worked their way back into the game in the last hour of a long and surprisingly uninterrupted day taking 3 for 11 in 19 balls.

Haynes, on 32, tried to work Zaib against the spin and edged to slip. Brett D’Oliveira was caught behind to a full Nathan Buck delivery that straightened enough and Riki Wessels dragged Buck into his off stump playing a flat-footed drive.

Ben Cox also fell trying to work Zaib to leg and spooned a catch to cover to leave the match nicely poised.

It appeared anything but half an hour into the day when Northamptonshire slipped to 100 for 7 replying to 219. But positive batting again proved fruitful as Gareth Berg, who made a county-best 45, and Buck dragged the hosts out of trouble with a stand of 59 in 11.2 overs.

Buck fenced a boundary through gully and awkwardly pulled another. He cleared his front leg to swat Joe Leach over long-on for six and stepped away to angle Josh Tongue backward of point. But he nicked a good delivery from Ed Barnard to Mitchell at second slip for 32.

Berg whipped Leach past midwicket, back-cut Ed Barnard and then played the shot of the morning – a perfect straight drive – before edging over the slips. He was missed by Leach on 33 trying to send D’Oliveira over long-off but Leach eventually atoned as Berg edged a wild drive to Cox.

Berg was last out as Northamptonshire made 212 and claimed their first batting point of the season.

It was a valuable innings from Berg, whose previous best in five matches for his third county had been just five, and set up a one-innings contest that could see a tight final day.