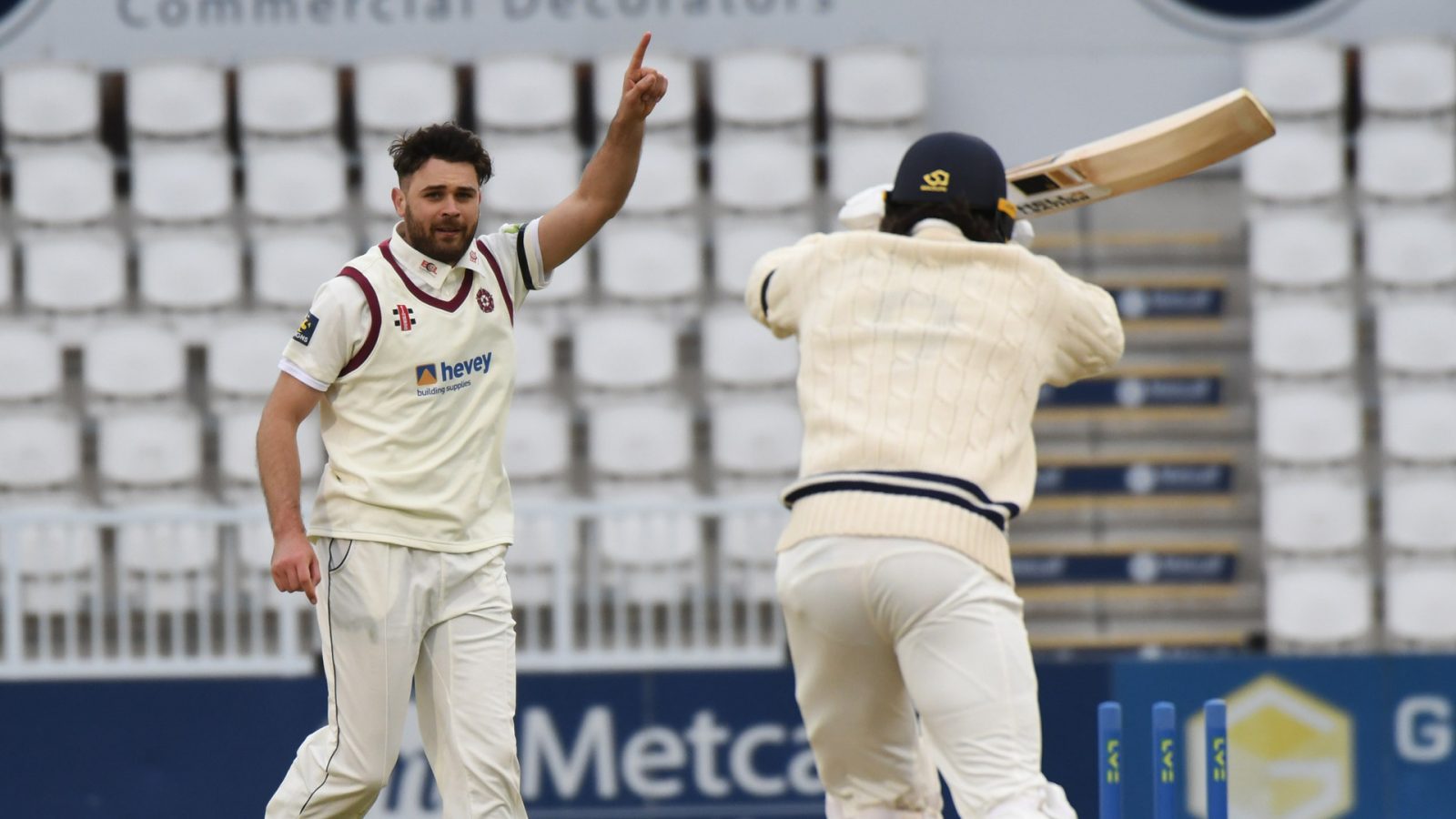 A couple of late wickets for Nathan Buck left Northamptonshire’s opening match of the 2021 LV= Insurance County Championship in the balance after Day 1.

Northamptonshire captain Adam Rossington would have been delighted after winning the toss and being rewarded with the early wicket of his opposite number Daniel Bell-Drummond who fell lbw to Ben Sanderson in the seventh over. The bright start was cemented as veteran seamer Gareth Berg made the most of favourable conditions early on to account for England internationals Zak Crawley and Joe Denly in successive overs.

Berg found late movement to entice Crawley to edge one behind and bowled the experienced Denly to reduce Kent to 38 for three. But Kent’s batsmen found runs easier to come by after lunch as conditions began to favour the batsmen.

Cox and Leaning resumed after the interval with a clear intent to attack and showing signs of the form and timing that brought them a record-breaking stand of 423 against Sussex last summer.

On this occasion, their partnership had reached 89 when Cox fell to a stunning leaping catch on the midwicket boundary by Emilio Gay. Leaning found a new willing partner in Robinson who quickly found his touch and the pair compiled a 50-run stand by the tea interval.

Leaning, who survived an appeal for lbw on 32, brought up his half century before an inspired bowling change from Rossington saw Leaning edge behind to give part-time bowler Gay his maiden first-class wicket.

Robinson departed for 84 when he pulled Nathan Buck to deep square leg and shortly afterwards Buck claimed his third wicket of the day when Grant Stewart left a ball that came back off the pitch and found the top of his off stump.