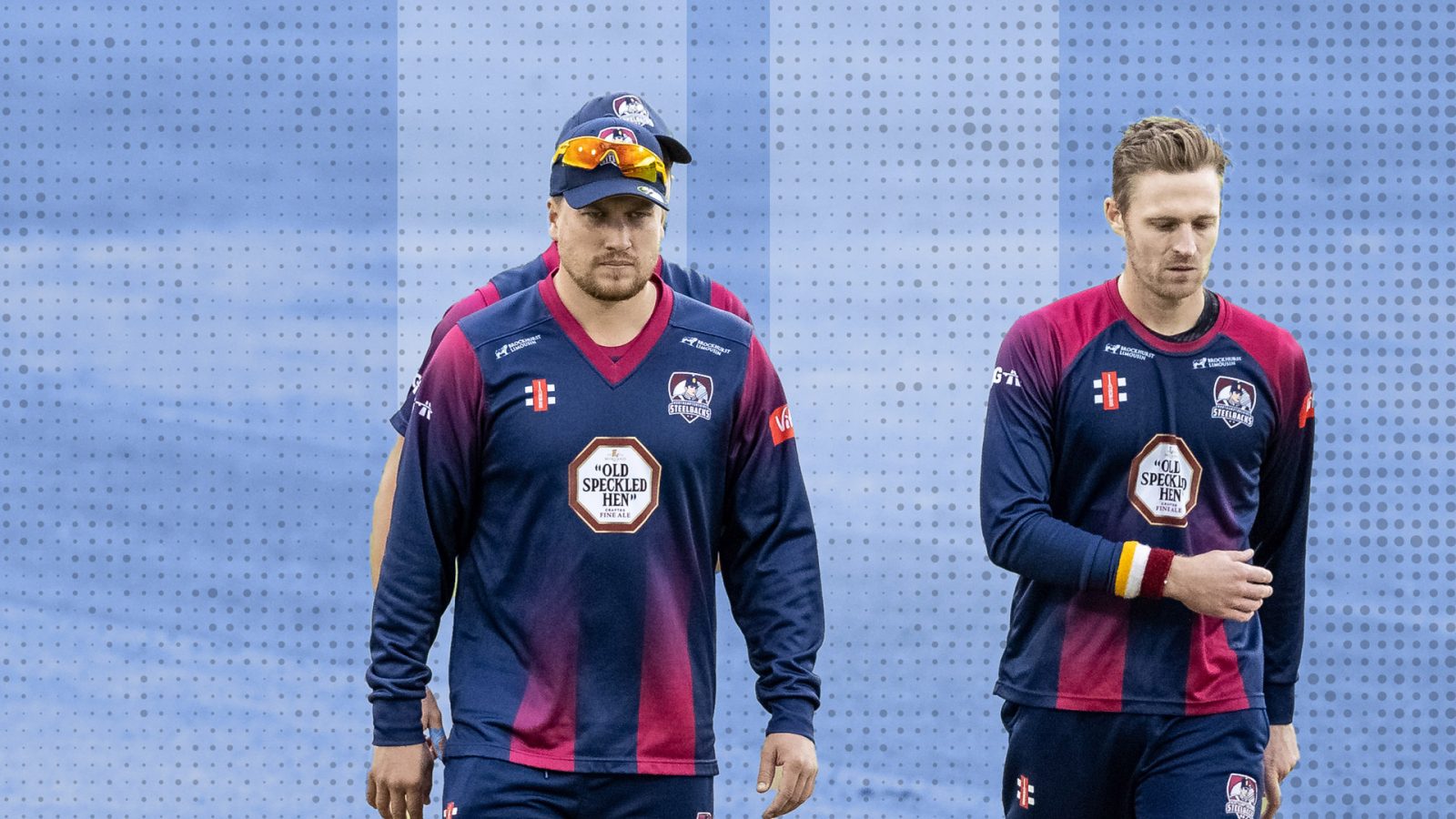 The Steelbacks Vitality Blast campaign ended at the knockout stage as Gloucestershire took the victory by 7 wickets in Bristol.

The visitors could post only 113 all out after winning the toss, Tom Taylor top-scoring with 27. Benny Howell claimed three for 16 and Ryan Higgins three for 24.

In reply, Gloucestershire breezed to 114 for three with more than eight overs to spare, Chris Dent leading the way with 40 and Ian Cockbain contributing an unbeaten 30.

There were two wickets each for David Payne and Graeme van Buuren as Gloucestershire produced a T20 masterclass in supporting skilful bowling with immaculate fielding on a sunny, but crisp October afternoon.

They were on top of the Northamptonshire batsmen from the opening over of the game, which saw Paul Stirling caught at mid-wicket off Payne’s fifth delivery without scoring.

Only two boundaries were scored in the first six-over power-play, which also saw Richard Levi depart for 14, bowled by left-arm spinner van Buuren, and ended with the Steelbacks 29 for two.

Tom Smith and Howell then applied the mid-innings squeeze on the batsmen, which has become Gloucestershire’s trademark. Josh Cobb was bowled aiming a big hit off Howell, who alse sent back Adam Rossington, caught of a skyer at mid-wicket.

At the midway point for their innings, Northamptonshire were becalmed on 53 for four. Smith finished his four overs, having conceded just 24 runs.

Rob Keogh became Howell’s third victim and van Buuren bowled Saif Zaib off an inside edge. When Luke Procter, on 18, drove a catch to cover off Higgins it was 80 for seven.

Taylor at last cleared the ropes with two defiant sixes off Higgins, who claimed two of the last three wickets as the Steelbacks’ innings, which ended in the final over.

That didn’t deter Gloucestershire opener Miles Hammond, who reverse swept a six off only the second delivery of his side’s reply, bowled by Cobb.

Hammond and Dent wasted no time going on the attack and took the score to 30 after three overs, 13 coming from the third, bowled by Taylor.

The pair had put together a stand of 48 in only 4.3 overs when Nathan Buck had Hammond caught at mid-off, having struck 20 off 10 balls.

After six overs the scoreboard read 59 for one, with only 55 needed. Dent fell with the total on 74, caught behind off White. having faced 25 balls and hit 6 fours and a six.

It made no difference to Gloucestershire’s approach. James Bracey fell cheaply to White, but Cockbain is among the leading run-scorers in the competition and runs were soon flowing from his bat again.

Higgins finished the game with four successive boundaries off White with the field up as Gloucestershire reached their target in just 11.5 overs.