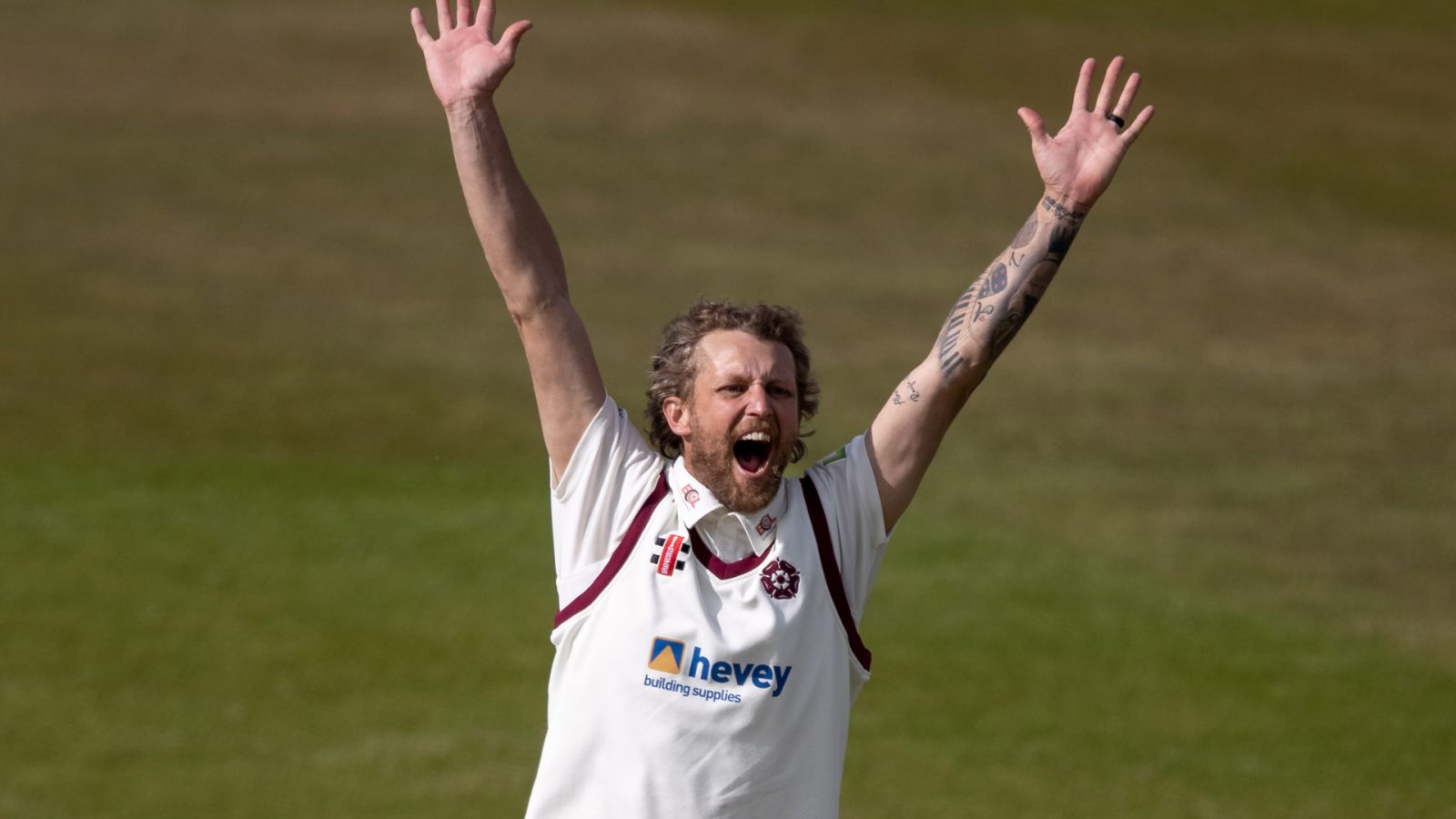 Fresh off the back of career best match figures, seamer Gareth Berg says he still has a burning desire to play the game.

Berg and Sanderson ripped through Sussex in Northamptonshire’s recent LV= Insurance County Championship match, the pair claiming 19 out of the 20 wickets to fall.

It was an eye-catching reminder of what Berg offers and the cherry on top of a strong start to the year for Berg who sits equal seventh in the list of leading wicket takers in the 2021 LV= Insurance County Championship, despite having played two fewer matches than some of those above him.

“I certainly feel last year I didn’t give myself the opportunity to show and prove myself to my club. It was a bit of a mix and match season with COVID around and things like that.

“So having a good start this year, that fire and desire and excitement when I’m getting wickets and that passion comes from trying to show people around me what my desire is and what I’m capable of still.”

The 40-year-old joined Northamptonshire on loan at the end of 2019 before beginning a two-year contract with the club at the start of 2020.

“Deep down inside and through family conversations I knew I still had it in me for a few seasons to go still. But around me in the cricketing setup people were starting to talk, whether I was finished with age and all this sort of thing.

“It was a niggly little thing in the back of my mind at times, and doubt I suppose in many ways, but deep down I always believed and with my support unit around me that I was still bloody good enough to be playing the game still.”

Berg and Sanderson proved a formidable partnership and traded blows back and forth throughout the fixture with Sussex.

“When Sando [Ben Sanderson] and I bowl there’s definitely that click because we’re very similar as bowlers with a similar mindset. We certainly do have a lot of respect for each other and we feed off that, we sit next to each other in the changing room too which is great.”

“It was in the second innings when he and I had been on about six or seven each, then it started getting a bit snappy out there. Sando said ‘thank you!’ looking straight in my eyes when he took one so I knew there was fire in his belly about getting to ten and me getting to ten too.”

Berg had to settle for career-best match figures of 9/90 though, with Tom Taylor picking up the final Sussex wicket. Despite missing out on a maiden 10 wicket haul, Berg said his focus is always on the team result.

“At the end of the day Tommy [Taylor] and a few guys were saying a few things like you should have been bowling short balls, or outside off stump and leave it for Bergy. But all you have to do is have a look at that last wicket, you can see me celebrating in the slips and I said straightaway to Tommy well done.

“It’s a team game and I’d already passed my best match figures, obviously I was hungry to get a that ten-for but at the end of the day we won well and it’s a team game.”