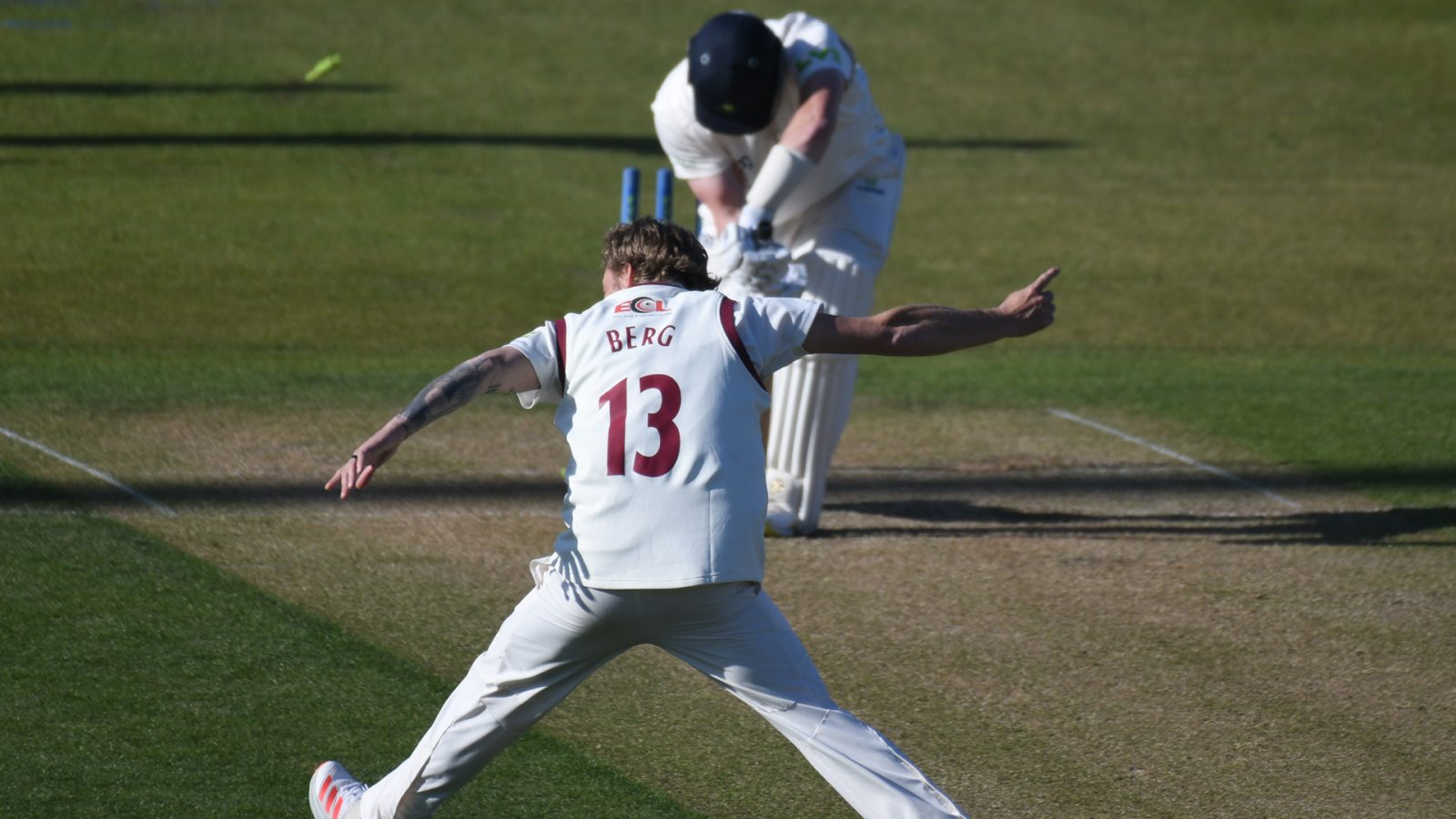 Gareth Berg claimed three-for during a run-filled opening day of the clash with Glamorgan.

Cooke, who had scored an unbeaten 102 against Yorkshire in the season opener, serenely reached close on 107 not out, after a chanceless afternoon and evening batting.

David Lloyd and the in form Kiran Carlson also reached half-centuries as Glamorgan racked up 324 for seven having been put in by Northamptonshire.

After a 66-run opening partnership, Berg deceived Nick Selman into leaving a ball which angled into his off stump. Andy Balbirnie was rattled on the pads soon after to hand Berg his second wicket in 10 deliveries.

Having bossed the session, Lloyd would have felt disappointed in the manner in which he departed to the last ball before lunch, as he tamely flicked debutant Parnell to midwicket for 65.

South African Parnell, who has been forced to wait for his Northamptonshire bow after his quarantine was extended by the NHS’ track-and-trace system, struck again after the interval to pin Billy Root.

Carlson and Cooke then partnered up to put on 106 for the fifth wicket, with 20 boundaries shared between the due thanks to a lightning quick outfield and a tiny square boundary on one side.

Carlson has begun this season in style with scores of 55, 127 not out and 132 in his innings against Yorkshire and Sussex – he continued that form by bringing up a rapid 64 ball half-century. Captain Cooke followed him to the milestone with the day’s trademark square drive in 18 more balls than his partner.

But Carlson and Callum Taylor fell in successive balls to Saif Zaib – yorked for 54 and beaten past the outside edge respectively – although the spinner couldn’t bag a first Northamptonshire hat-trick for 11 years as Dan Douthwaite blocked a potential treble.

Douthwaite entertainingly accompanied Cooke in a 92-run marriage before he was castled by Berg for 44 with the second new ball – Berg ending the day with three for 52.