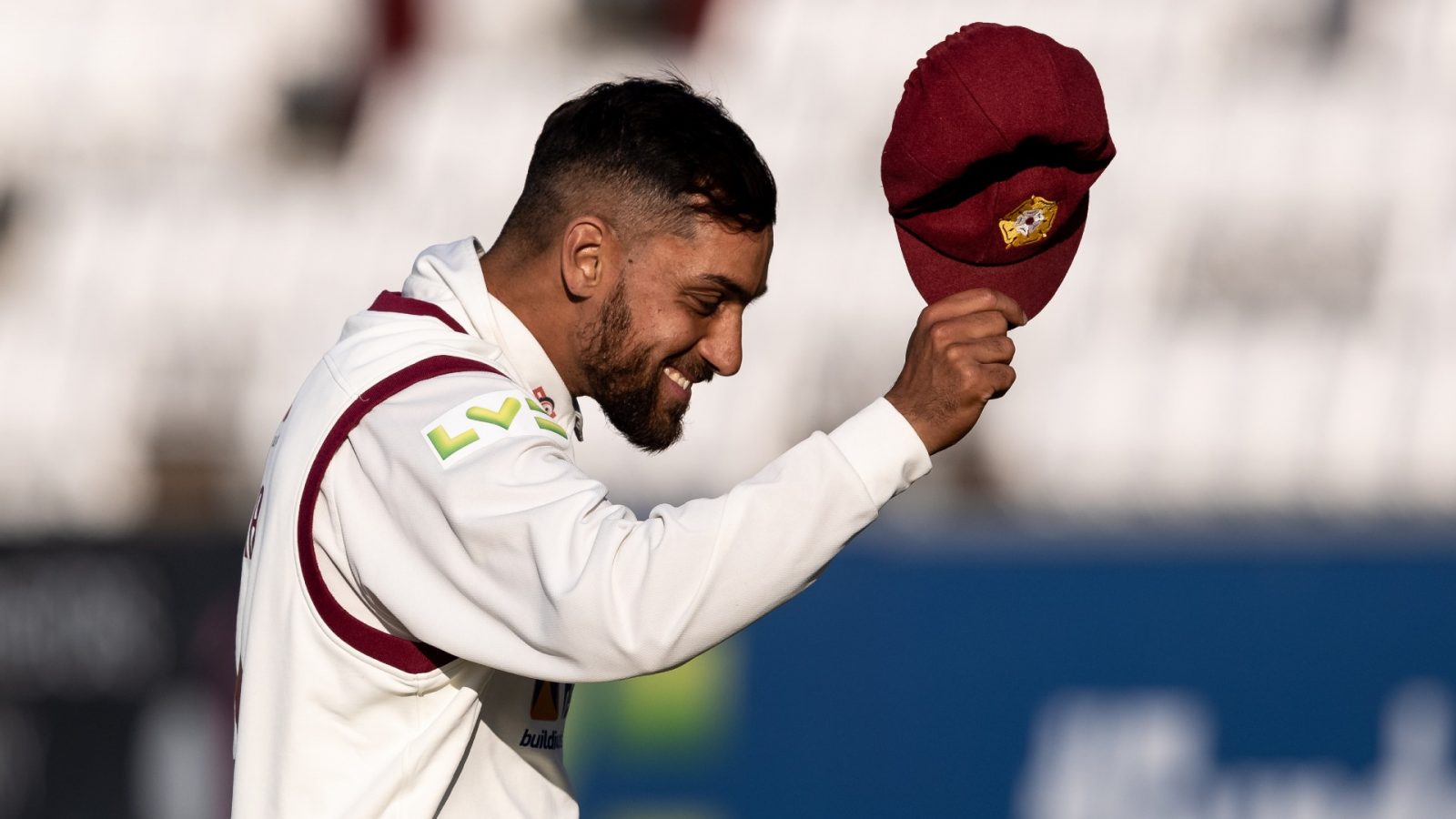 A maiden first-class century is a major milestone in the career of any cricketer, but for Saif Zaib the moment was perhaps even bigger than most.

In 2014, the then 15-year-old Zaib became the youngest cricketer to represent Northamptonshire in a first-team fixture. But despite having made his List A debut two weeks later and his first-class debut the following season, the promising youngster had never locked down his place in the side.

2,559 days since he first wore a Northamptonshire helmet, Zaib was finally lifting it in the middle of The County Ground and with a long look to the skies and a few deep breaths, he might finally have seized his chance.

“I felt that this year was a big year for me, after a good winter, I’ve come into the season full of confidence.” Zaib said.

That confidence was on full show in Zaib’s first innings of the year, a commanding 140 in the Second XI, scored at a strike rate of nearly 80. The innings saw him pulled from the fixture after Day 2 and added straight into the First XI at Emirates Old Trafford the following day.

Footage from Zaib’s second innings of that match went around the world on social media, though not for another incredible catch like the one pulled off at Edgbaston in front of Sky’s cameras last year. This time it was the LBW decision ending the left-hander’s innings in single figures that became the subject of much debate, raising more than a few eyebrows from pundits and supporters alike.

Undeterred by modest returns against Lancashire though, Zaib’s potential shone through again against Glamorgan the following week. Coming to the crease at 76 for 5 and with his side still 331 in arrears, Zaib’s determined 41 steered Northamptonshire into clearer waters and helped setup an incredible final day victory.

Four days later under gloomy skies at Emerald Headingley and again finding himself coming to the middle in a tricky situation on an even trickier pitch, Zaib posted the fourth first-class half century of his career in a knock full of maturity and patience.

But it was against Sussex where Zaib finally broke loose and played the innings that had been the goal for so long. A maiden first-class century in a near-record 198 run stand with Skipper Adam Rossington.

“A lot of hard work has gone into that, it was nice to get that one ticked off the list.” Zaib said.

“It was a big moment for me and my family, I’ve had to work hard for quite a few years to get to that moment. My dad and all of my family have supported me so much, and especially this month with it being Ramadan, it was nice to repay them with that.”

Fittingly it was Phil Rowe, the coach who initially brought Zaib into the Northamptonshire Academy, who was on commentary for BBC Sport when Zaib reached his century.

“I’m so chuffed, I’m a little bit emotional about it.” Rowe said on air at the time.

“And he has had some ups and downs along the way, but what’s remained is his joy and his enthusiasm for the game. He’s plenty good enough to succeed at this level and he’s now learned how to do that. I’m so chuffed for him and so happy to be here and having seen it.” Rowe said.

Zaib was eventually dismissed on 135 having taken Northamptonshire towards a position that saw them register their first innings victory since 2017.

“Rowey [Phil Rowe] and Rich Hudson were the first people to bring me to the county, he and Rips [David Ripley] have shown a lot of faith in me through the years. It was nice to see Phil and to have him congratulate me at the end of the day, it really means a lot.” Zaib said.

Now with a week off before the Club’s first fixture in front of crowds in 20 months, Zaib has time to reflect on what’s next.

“I’m 22, nearly 23, this a big part of my career coming up. It’s my time to start scoring big runs for the county.

“I want to score as many runs as possible for Northamptonshire and one day bring some silverware to the club. But I have just got to keep my head down and work as hard as I can, so hopefully this isn’t the only one.”