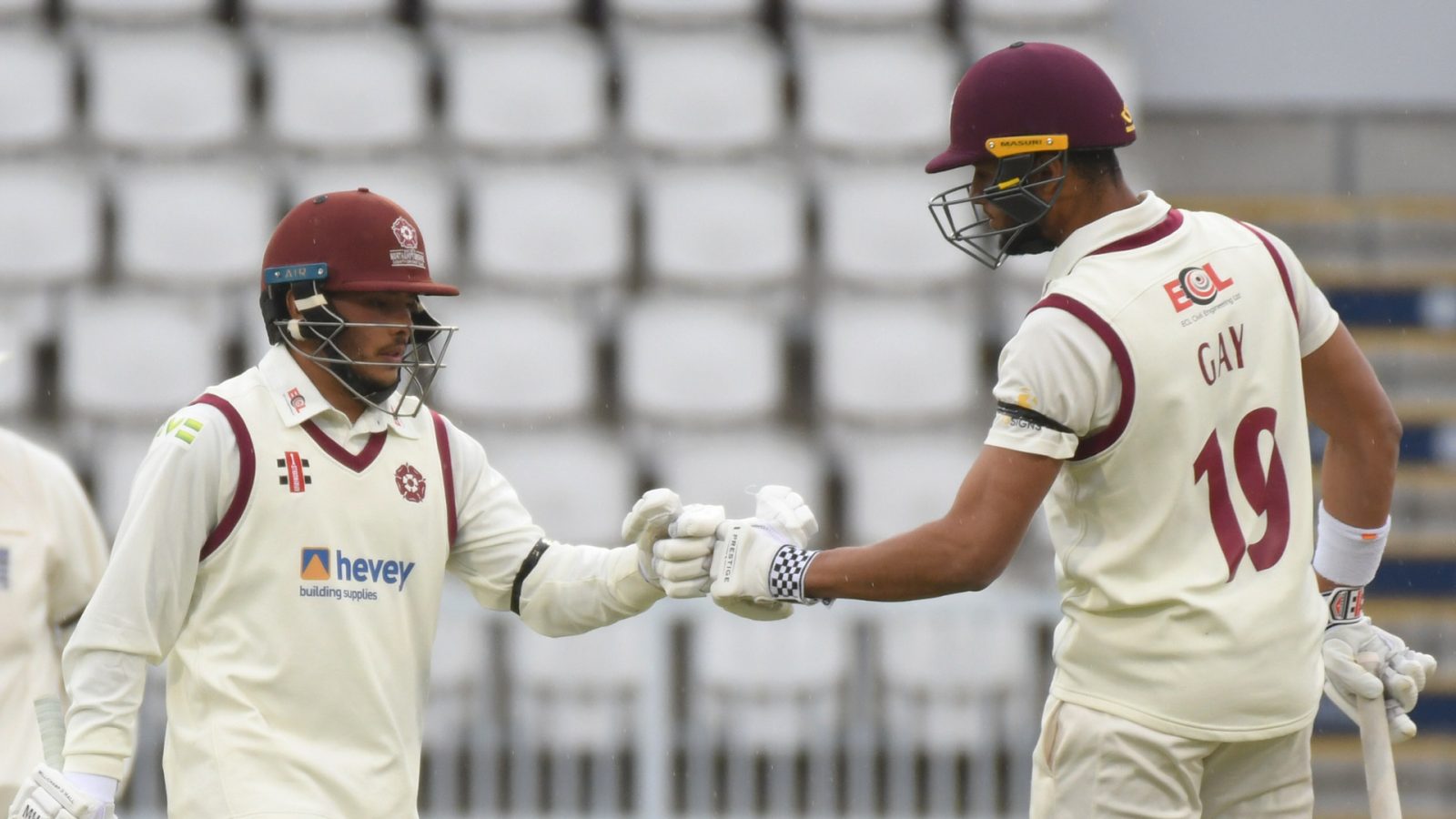 3 Changes to Squad for Lancashire Clash

Head Coach David Ripley has announced three changes to the squad to take on Lancashire at Old Trafford starting tomorrow.

Wayne Parnell links up with the group having completed COVID-19 protocols, with Luke Procter and Saif Zaib also returning to the squad. Charlie Thurston misses out with a back injury picked up in the previous fixture and Alex Wakely is absent for personal reasons.

Northamptonshire claimed 15 points from the opening round of the LV= Insurance County Championship, with rain and snow forcing a high scoring draw with Kent. Despite the weather, David Ripley was pleased with what his side achieved in their first run out of the year.

“Kent have been a good solid Division One team in recent times, so in quite a high scoring draw to take one more point than them was a great start.”

Northamptonshire picked up 2 bowling and the maximum 5 batting bonus points, the latter being picked up with a scrambled bye off the final ball of the 110th over.

“We’d have liked to have gotten that third bowling point in an ideal world, but we got that final batting point in quite dramatic style and come the end of the season you never know how important a single point might be.”

Ricardo Vasconcelos and Rob Keogh both posted centuries to get their 2021 campaigns off to bright starts, the pair adding important runs in a partnership at a crucial stage of the game.

“They were quite contrasting knocks actually.” Ripley said.

“Ricardo was straight into his work against the new ball, they perhaps didn’t bowl well at him initially and he was racing along at a T20 rate. Rob had to work really hard when he first went in and you could see him grow in confidence as his innings went on.”

Keogh’s century was his tenth in first-class cricket and an innings the all-rounder said gives him plenty of confidence moving forward.

“It was nice to start the season with a hundred and get some time in the middle. Personally for me it’s just about confidence and getting back into the flow of things” Keogh said.

“Last year was quite tough for me personally away from cricket and I started to take that into my cricket which is never ideal. I didn’t go as well as I would have liked and found things quite tough on and off the field so to leave that behind and score some runs and bat for a long time in the first game is pleasing just to convince myself and know I can still do it.”

Looking ahead to this week’s fixture against Lancashire, Keogh believed the side was in a good place.

“For the team it’s good to see we can score 400+ and get maximum batting points, the team’s happy and we take that confidence into next week.”